With the highest unclimbed peak in the world and its unusual way of measuring prosperity, these are the most interesting facts about Bhutan.

1. Bhutan was almost completely cut off for centuries and only began to open up to outsiders in the 1970s.
(Source: BBC News)

2. Bhutan is a landlocked country located in Asia between China and India. A landlocked country is completely enclosed by land with no access to the sea. There are currently 45 such countries and five partially recognised states.
(Source: CIA World Factbook, The Economist)

3. Radio broadcasting did not begin in Bhutan until 1973. In a similar vein, television and the internet did not arrive until 1999.
(Source: BBC News)

4. There are no traffic lights in Bhutan. The capital Thimphu briefly had one set of traffic lights – for just 24 hours. They were quickly removed and replaced by a traffic policeman.
(Source: BBC Travel)

5. Road signs are often written in rhymes. Examples include: ‘Going faster will see disaster’, ‘On the bend, go slow friend’ and ‘After drinking whiskey, driving is risky’.
(Source: BBC Travel)

6. It’s not unusual to see paintings of erect penises in Bhutan. The Bhutanese believe the immodest image of an erect penis helps fertility, offers protection from evil and dispels spiteful gossip. The murals can be seen painted on homes, above doorways, under eaves and carved in wood.
(Source: New York Times)

8. In 2004 Bhutan became the first country in the world to ban the sale of tobacco products. The ban failed to make much of an impact initially, but a new law came in 2011 and a monk was the first to be charged with smuggling tobacco.
(Source: Reuters)

11. Traditionally, the sound of thunder in the many mountains and valleys of Bhutan is believed to be the voice of dragons.
(Source: Britannica)

12. A dragon also features on the country’s flag. The dragon grasps jewels which represent national wealth and perfection. The white of the dragon symbolises purity and the loyalty of the diverse ethnic groups in Bhutan. The yellow symbolises the power of the king and the orange is associated with Buddhism.
(Source: Britannica)

13. Bhutan is the world’s only country to measure prosperity by assessing its citizens’ happiness levels instead of GDP (Gross Domestic Produce). The GNH (Gross National Happiness) concept, used in Bhutan since 1971, has now been adopted by the UN – a move endorsed by 68 countries.
(Source: The Guardian)

14. The national animal of Bhutan is the takin. The takin is a rare species of ungulate native to Bhutan.
(Source: Smithsonian)

15. Tourists are not allowed to travel independently in Bhutan. Foreign visitors must pay a minimum tariff of $250 USD per day. The fee includes accommodation, food, transport and an official guide.
(Source: Lonely Planet)

17. Mountaineering is banned in Bhutan. In 1994, Bhutan prohibited climbing mountains higher than 6,000m (19,685ft) and then in 2003 mountaineering was completely forbidden.
(Source: BBC Future)

19. Bhutan is famous for its Buddhist monasteries and Dzong fortresses. The most celebrated is the ‘Tiger’s Nest Monastery’ (Taktshang Goemba). The monastery is perched on the side of a sheer cliff 900m above the floor of the valley.
(Source: Lonely Planet)

20. The national sport of Bhutan is archery, known as Dha. Archery is often played at festivals and celebrations.
(Source: Bhutan Olympic Committee)

21. Bhutan is one of just a handful of countries to have successfully raised its numbers of wild tigers. In 2015, the country declared it has 103 (up from 75 previously) wild tigers in its forests. They have been observed anywhere between 150m and 4,200m above sea level.
(Source: WWF)

22. Political parties were illegal in Bhutan until 2007 and the country did not hold its first elections until 2008.
(Source: New York Times)

23. Bhutan is one of a handful of countries to have never been under complete European control. It did come under the British ‘sphere of influence’, but was never officially colonised.
(Source: Vox)

24. It is illegal to slaughter animals in Bhutan due to the country’s Buddist beliefs. However, it is not illegal to consume meat in Bhutan, so it is all imported. So much is imported that Bhutan is the highest consumer of meat per capita in South Asia.
(Source: Independent)

25. At 3,280m, Bhutan has the world’s highest average elevation.
(Source: The Telegraph) 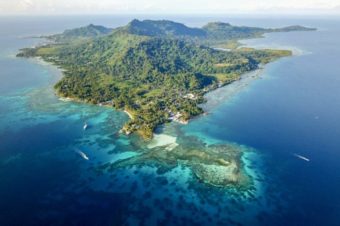 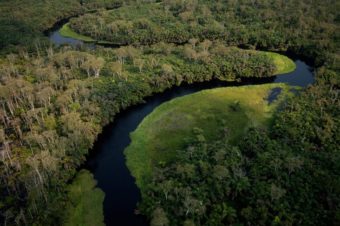 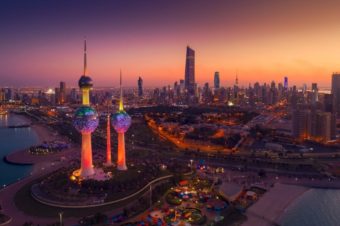