The most interesting facts about Honduras include the magnificent Mesoamerican Reef, ancient Mayan ruins and the 100-hour “football war”.

1. The earliest humans are believed to have appeared in Honduras around 9,000 BC. However, very little is known about them other than they were hunter-gatherers.
(Source: Lonely Planet)

2. For several hundred years – from around AD 250 to 900 – Mayans dominated the region until the civilisation’s decline during the 9th century AD.
(Source: Lonely Planet)

3. One of the most important sites of the Mayan civilization is located in Honduras. Copán, a ruined ancient Maya city and UNESCO World Heritage Site, is believed to have served as the political, civil and religious centre of Mayan territory in the region.
(Source: UNESCO)

4. Christopher Columbus was the first European to arrive in Honduras in 1502. Spain quickly began to colonise the area, which was completed in 1539 after an intense conflict with the native population.
(Source: BBC News)

5. Columbus named the country Honduras, which means ‘depths’ in Spanish, because of the deep waters found off the north coast near present-day Trujillo.
(Source: Lonely Planet)

6. The region was largely dominated by Spain, although Britain encroached on some coastal areas, until 1821 when Honduras became independent from Spain.
(Source: BBC News)

7. Honduras was initially absorbed into the Mexican empire. Then in 1823, Honduras joined the United Provinces of Central America, which also included Costa Rica, Nicaragua, Guatemala and El Salvador.
(Source: Encyclopedia.com)

8. The Honduran flag descends from the flag used by the United Provinces of Central America which consisted of blue-white-blue stripes and a coat of arms in the centre. The countries of El Salvador, Guatemala, Nicaragua and Costa Rica all use permutations of the design in their modern flags.
(Source: Complete Flags of the World. (2014). DK: London)

12. The term stems from American involvement in Honduras. The United Fruit Company, along with other US fruit corporations, turned Honduras into an enormous banana plantation at the beginning of the 1900s. The US repeatedly intervened in various military coups to protect its commercial interests. This policy dominated and hindered Honduran economics and politics for much of the 20th century.
(Source: Smithsonian, Merriam-Webster)

14. Honduras was devastated by Hurricane Mitch in 1998. It killed around 5,600 people and caused approximately $2 billion in damage.
(Source: CIA World Fact Book)

15. According to a recent report, Honduras is the world’s worst-affected country when it comes to extreme weather events such as floods, storms, droughts and wildfires. Only Puerto Rico (a US territory) has been affected more severely.
(Source: Global Climate Risk Index 2019)

16. Lying off northern Honduras, the Mesoamerican Reef is the largest reef system in the Americas and the second-largest in the world after Australia’s Great Barrier Reef.
(Source: WWF)

18. The homicide rate has fallen significantly in recent years. However, the latest figures (from 2017) still put intentional homicides at 42 per 100,000 people – one of the world’s highest.
Source: World Bank)

20. A 2002 UN report claimed death squads backed by the Honduran police murdered more than 1,000 children in Honduras. A special commission to investigate the deaths of 1,569 street children was later set up.
(Source: BBC News)

21. Honduras is home to a region called the Mosquito Coast which spreads along the Caribbean coast of Honduras and Nicaragua. It is not named after the insect, but instead, after the Miskito indigenous people, who inhabit the region.
(Source: Britannica)

23. Over 700 bird species have been documented in Honduras. Perhaps the most famous is the endangered scarlet macaw which is also the national bird.
(Source: Lonely Planet)

25. Honduras is the second-poorest country in Latin America after Haiti.
(Source: World Bank)

26. One of the most curious facts about Honduras is that it officially has two capital cities. The Honduran constitution declares that the twin cities of Tegucigalpa and Comayaguela, jointly constitute the capital of Honduras. However, practically all governmental institutions are on the Tegucigalpa side.
(Source: CIA World Fact Book) 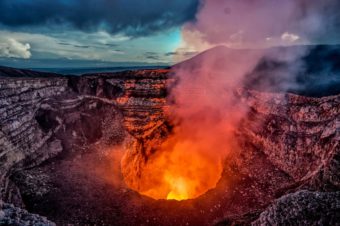 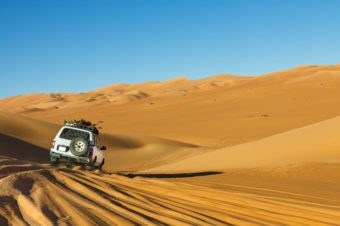