The most interesting facts about Jamaica, from the world’s fastest human to a religious movement that worships a former Ethiopian emperor.

1. Jamaica is an island nation located in the West Indies of the Caribbean.
– Source: Britannica

2. Jamaica was first inhabited by indigenous peoples from South America. Most renowned were the Arawaks and the Taínos who settled the island around AD 700–800.
– Source: Lonely Planet

4. Jamaica takes its name from the native Taino word “haymaca” meaning either “Land of Wood and Water” or “Land of Springs”.
– Source: CIA World Fact Book

5. Jamaica was first sighted by Europeans in 1494 by Christopher Columbus during his second voyage to the West Indies.
– Source: BBC News

7. Both countries shipped thousands of slaves to Jamaica from Africa to work on sugar plantations. By 1800, the slave population of Jamaica was 300,000 and outnumbered the free population 20 to one.
– Source: Lonely Planet

8. In 1962, Jamaica became an independent country within the British Commonwealth.
– Source: BBC News

9. The Jamaican flag has two green and two black triangles separated by a yellow diagonal cross (satire). The colours represent the difficulties faced by the nation (black), its natural wealth and the beauty of its sunlight (yellow) and agriculture and hope (green). The cross does not have any official symbolic meaning.
– Source: Britannica

10. Jamaica is the birthplace of Rastafarianism (also known as Rastafari). Rastafarianism is a religious movement, adopted by groups around the world, that worships the former Ethiopian emperor Haile Selassie as the “God of the Black race”.
– Source: BBC, BBC

11. The legendary musician Bob Marley was from Jamaica. Marley is largely credited with popularising reggae music on the international stage and becoming a global superstar in the process. He died in 1981 from cancer.
– Source: Rolling Stone

12. Bob Marley is the most successful reggae artist and his album, “Legend – The Best Of Bob Marley And The Wailers”, with sales of over 10 million in the US alone, is the biggest-selling reggae album of all-time.
– Source: Guinness World Records

13. In Jamaica, Marley continues to be idolised and is considered “the country’s greatest musician, key spiritual icon and righteous revolutionary leader. Memorials to him can be seen throughout the country.
– Source: Rolling Stone

14. Jamaica is the most prolific producer of sound recordings in the world and produces the most music per capita.
– Source: Lonely Planet, United Nations Conference on Trade and Development

15. Cricket is one of the country’s most popular sports with Jamaica producing some of the West Indies’ and the world’s most celebrated cricketers. Stars include George Headley, Courtney Walsh, Jeff Dujon and Michael Holding.
– Source: ESPN

16. The game of dominoes is also extremely popular in Jamaica with competitors hoping to eventually make it a national sport and then an Olympic sport.
– Source: BBC News

17. The world’s fastest sprinter, Usain Bolt, is from Jamaica. Widely considered to be the greatest sprinter of all time, Bolt holds the record for the 100m, 200m and 4x100m and is an 11-time world champion.
– Source:  International Olympic Committee (IOC), Britannica

18. Jamaican Clive Campbell – better known as DJ Kool Herc – is credited with founding hip hop music. Google commemorated the 44th Anniversary of the “Birth of Hip Hop” with a Doodle on their home page in 2017.
– Source: History Channel

19. Many Jamaicans have a fear of “duppies” (spirits of the dead) as well as “obeah” (witchcraft).
– Source: Lonely Planet

20. Jamaica has the world’s second-highest murder rate when measured by intentional homicides per 100,000 people. Only El Salvador’s is higher.
– Source: World Bank

22. Several of the subsequent James Bond movies were set and/or filmed in Jamaica. “Dr. No,” “Live and Let Die,” “The Man With the Golden Gun” and “Octopussy” were largely or partly set in Jamaica, and the films based on the first two were also shot there. Additionally, the upcoming Bond film starring Daniel Craig was being filmed there.
– Source: New York Times, Lonely Planet

23. Jamaica has one of the world’s highest levels of press freedom. It was ranked sixth – the highest-ranked non-European country – in the 2020 World Press Freedom Index.
– Source: Reporters Without Borders

24. Jamaica is the third-largest island in the Caribbean Sea. Only the islands of Cuba and Hispaniola (comprising Haiti and the Dominican Republic) are bigger.
– Source: Britannica

25. Jamaica was the first Caribbean country to enter the Winter Olympics when they participated in the 1988 games in Canada. The Jamaican bobsleigh team gained international recognition for their efforts in the games and inspired the 1993 movie Cool Runnings.
– Source: International Olympic Committee (IOC), New York Times

Every effort has been made to verify these facts about Jamaica. However, if you find an error or have any questions, please contact us. 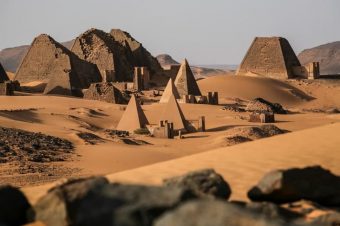