From a village where men are banned to the cradle of humanity, these are the most interesting facts about Kenya.

2. Kenya has been described as the “cradle of humanity” and “birthplace of humankind as evidence of some of the earliest human tools have been found in Kenya from around 3.3 million BC. It is believed that Kenya is where humankind’s descendants moved out to populate the world.
– Source: BBC News

3. The remains of at least seven hominid species have been found in Kenya including the earliest known Homo fossil with an age of 2.4 million years.
– Source: Smithsonian, National Geographic

4. Kenya is named after Mount Kenya (the country’s highest peak). The meaning of the name is unclear but may derive from the Kikuyu, Embu, and Kamba words “kirinyaga,” “kirenyaa,” and “kiinyaa” – all of which mean “God’s resting place”
– Source: CIA World Fact Book

5. Kenya was colonised by Britain first as part of the British East African Protectorate from 1895 and then as a crown colony administered by a British governor from 1920 onwards.
– Source: BBC News

6. The Kenyan flag is made up of horizontal stripes of black, red and green separated by thinner white stripes. In the centre is a shield and two crossed spears. Black represents the indigenous population, red the struggle for freedom, green the land and white unity and peace. The shield and spears are carried by the Maasai people and reflect the traditional ways of life in Kenya.
– Source: Britannica

7. Kenya achieved independence from the UK in 1963 following a drawn-out guerrilla war with the British colonisers who committed a number of atrocities including massacres of civilians.
– Source: History Channel

8. The name of the capital city, Nairobi, stems from the Maasai phrase meaning “cool waters” and refers to a cold water stream that flowed through the area during the 19th century.
– Source: CIA World Fact Book

9. Nairobi has been nicknamed ‘Nairobbery’ by expats living there due to its poor safety levels.
– Source: Lonely Planet

10. Just outside the city is Nairobi National Park, home to plentiful wildlife that can be viewed against a backdrop of city skyscrapers and planes coming into land. It’s one of the world’s only national parks bordering a capital city and also home to home to the world’s densest concentration of black rhinos (over 50).
– Source: Lonely Planet

12. Mount Kenya is a member of the seven second summits; the second-highest mountains on each continent. These mountains are considered harder to climb than the seven summits (the highest peaks on every continent) as there is less mountaineering infrastructure in place and have higher fatality rates and lower success rates.
– Source: British Mountaineering Council, Atlas & Boots

13. The first African woman to win the Nobel Peace Prize was from Kenya. Wangari Maathai won the 2004 Nobel Peace Prize for “her contribution to sustainable development, democracy and peace.”
– Source: Nobel Prize

16. Kenya is located along the East African Rift (also known as Great Rift Valley or simply Rift Valley), where two tectonic plates are moving apart, essentially breaking the African continent in two. The rift has been developing for 30 million years and causes extensive volcanic activity and huge lakes to form in the area.
– Source: National Geographic

18. Kenya is one of the best places in the world to see wildlife, including the celebrated Big Five game animals of lions, leopards, rhino, elephants and buffalo in the country.
– Source: National Geographic

19. The world-renowned Maasai Mara National Reserve is famed for its abundant wildlife and the annual migration of half a million animals of animals such as wildebeest, gazelles and zebras, and their predators, from Tanzania.
Source: Rough Guides

20. Kenya is home to more than 40 tribes with over 60 tribal languages spoken.
– Source: The Guardian

21. Ugali is a staple meal in Kenya with most meals centred around the thick, doughlike mass made from maize and/or cassava flour.
– Source: Lonely Planet

22. Polygamy is legal in Kenya which means men can take more wives without consulting existing spouses. The controversial marriage law was passed in 2014.
– Source: BBC News

23. There is a village in Kenya where men are banned. Only women are allowed to live in Umoja, a village founded in 1990 by 15 women who were raped by British soldiers.
– Source: The Guardian

24. Lake Baringo in Kenya registered the world record count of bird species observed in 24 hours. 342 different species were spotted at this freshwater lake in the Rift Valley. In total, 470 species of birds can be found there.
– Source: Rough Guides

25.  A small section of Africa’s largest lake is located in Kenya. Lake Victoria, also called Victoria Nyanza, has an area of 69,484 sq km (26,828 sq mi) and a coastline of 3,220km (2,000mi). It is also the world’s second-largest freshwater lake after Lake Superior in North America.
– Source: Britannica

Every effort has been made to verify these facts about Kenya. However, if you find an error or have any questions, please contact us. 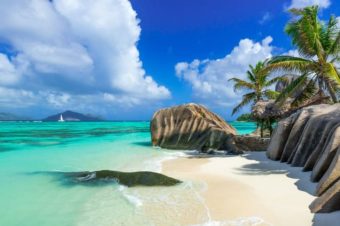 The most interesting facts about Seychelles, from the original Garden of Eden to the world's... Read More 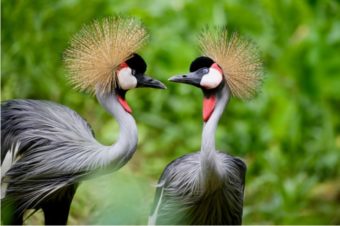 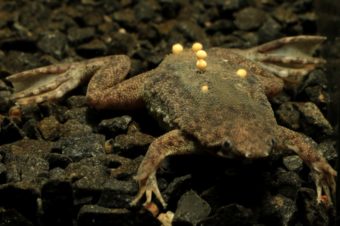