The most interesting facts about Tunisia, from the northernmost point of Africa to the protests that started a wave of revolutions across the Arab World.

1. Tunisia is located in North Africa on the Mediterranean Sea. Due to its location and proximity to essential shipping routes, it was once an influential regional power.
– Source: BBC News

2. Tunisia has been inhabited for around 200,000 years ago since the Stone Age.
– Source: Lonely Planet

3. Tunisia has been the centre of several colonisations including those of the Phoenicians (as early as the 12 century BC), the Carthaginians, Romans, Vandals, Byzantines, various Arab and Berber kingdoms and the Ottomans from the 16th to late 19th century.
– Source: CIA World Fact Book

4. Tunisia is part-home to the largest desert in the world. The Sahara Desert, with a total area of some 8,600,000sq km (3,320,000sq mi), covers much of North Africa including Southern Tunisia.
– Source: Britannica

5. Several scenes from the Star Wars movies were filmed in Tunisia. The Saharan landscape of southern Tunisia is home to several sets including the village of Tataouine, which was Luke Skywalker’s home planet, Tatooine, in the original 1977 movie.
– Source: Lonely Planet

6. Southern Tunisia was once covered with forest and savannah as opposed to sand. At the end of the last Ice Age, around 8000 years ago, the Sahara desert spread throughout the region.
– Source: Lonely Planet

11. In 2010, Tunisian street vendor Mohamed Bouazizi committed suicide by setting himself on fire. His actions sparked anti-government demonstrations that led to the Jasmine Revolution which forced President Ben Ali into exile after 23 years in power.
– Source: Britannica

12. The events in Tunisia sparked a wave of protests throughout the Arab world that later became known as the Arab Spring which also toppled the governments of Egypt, Libya, and Yemen.
– Source: National Geographic

13. Tunisia is home to the ancient city of Carthage, founded in the 9th century BC on the Gulf of Tunis. The UNESCO-listed Archaeological Site of Carthage was once the centre of a great trading empire covering much of the Mediterranea.
– Source: UNESCO

14. Tunisia’s name derives from the capital city of Tunis, which has three possible origins: from the Berber root word “ens,” which means “to lie down” or “to pass the night,” implying Tunis was once a camp or rest stop; after the Punic goddess Tanit; or after the city of Tynes mentioned in the writings of ancient authors.
– Source: CIA World Fact Book

15. The Tunisian flag has a red background with a central white disk containing a red star and red crescent. The stay and crescent have long-been associated with Carthage, but have come to be associated with Muslim countries.
– Source: Britannica

16. Tunisia’s holiest city is the UNESCO-listed city of Kairouan which is often referred to as the fourth holiest city of Islam after Mecca, Medina and Jerusalem. In Islam, one pilgrimage to Mecca can be equalled by seven pilgrimages to Kairouan.
– Source: New York Times

17. The capital city, Tunis, was once considered one of the greatest and wealthiest cities in the Islamic world. Today, the city centre, Medina of Tunis, is a UNESCO World Heritage Site and home to around 700 monuments including palaces, mosques, mausoleums, madrasas and fountains.
– Source: UNESCO

18. In 2020, Tunisia deployed a police robot or ‘robocop’ to patrol the streets of the capital and enforce the coronavirus lockdown rules.
– Source: The Guardian

19. The ancient remains of the Roman site of Dougga is considered the best-preserved example of an Africo-Roman town in North Africa and has also been called “the most magnificent Roman site in Africa”.
– Source: UNESCO, Lonely Planet

20. The largest colosseum in North Africa is in Tunisia. The UNESCO-listed Amphitheatre of El Jem was built by the Romans around 238 AD and could hold up to 35,000 spectators.
– Source: UNESCO

21. In 2017, a British DJ was sentenced to a year in a Tunisian jail for remixing the Muslim call to prayer. The London-born Dax J was charged with public indecency and offending public morality.
– Source: The Guardian

22. In 2015, the Nobel Peace Prize was unexpectedly awarded to the Tunisian National Dialogue Quartet, a coalition of civil society groups that came together in the summer of 2013 to develop democracy after the protests of 2011.
– Source: Nobel Prize

23. Tunisia’s UNESCO-listed Ichkeul National Park is famous for its wildlife, particularly its birdlife which includes more than 300,000 ducks, geese and coots. The park also has more than 200 animal species and more than 500 plant species.
– Source: UNESCO

Every effort has been made to verify these facts about Tunisia. However, if you find an error or have any questions, please contact us. 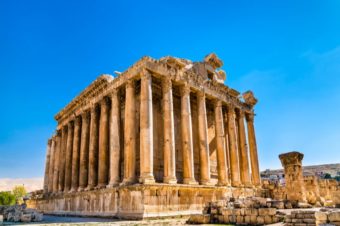 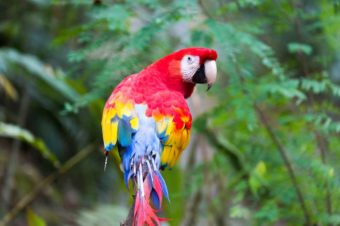