No ATMs and no army are just two of the most interesting facts about Tuvalu, one of the smallest and least visited countries in the world.

1. Tuvalu is a group of nine tiny islands in Oceania. Five of the islands are coral atolls – ring-shaped reefs or series of islets caused by submerged volcanos. The other four islands consist of land rising abruptly from the seabed.
– Source: Encyclopedia.com, National Geographic

2. The first people to settle in Tuvalu were Samoans, Tongans and possibly people from other Polynesian islands during the 14th century.
– Source: BBC News

3. The first Europeans to ‘discover’ the islands of Tuvalu were during the two expeditions of Spanish explorer Alvaro Mendana de Neyra in 1568 and 1595.
– Source: BBC News

4. The islands were once known as the Ellice Islands. They were named after the British MP Edward Ellice when one of his ships visited Funafuta. The name was later applied to all the islands.
– Source: BBC News

5. In the late 19th century, Tuvalu was among several Pacific islands to suffer from ‘blackbirding’. Blackbirding was the kidnapping of people for use as forced labour on plantations in Fiji and Australia. The wretched practice ended around 1872 and led to several countries banning overseas-labour recruitment.
– Source: Lonely Planet

6. From 1892, Tuvalu was part of the British protectorate (and later colony), the Gilbert and Ellice Islands. In 1976 the group was divided and would later form parts of Kiribati (Gilbert Islands) and Tuvalu (Ellice Islands).
– Source: Britannica, BBC News

8. The flag of Tuvalu is made up of a light blue background and nine yellow stars which represent the ocean, atolls and islands of the country. In the corner is a Union Jack which is symbolic of the country’s historical links with Britain.
– Source: Britannica

9. There are no natural rivers or streams in Tuvalu, so the rainwater is collected for drinking water.
– Source: The Independent

10. In 2011, following a significant dry spell, Tuvalu declared a state of emergency. New Zealand had to airlift in freshwater supplies and desalination units.
– Source: The Independent

11. By population, Tuvalu is the world’s smallest sovereign country. Technically, Vatican City is smaller but is not a UN member state.
– Source: World Bank

12. By land area, Tuvalu is the world’s third-smallest sovereign nation. Only Monaco and Nauru are smaller. Likewise, Vatican City is also smaller but is not a UN member state.
– Source: World Bank

13. Initially, Tuvalu could not join the United Nations because it couldn’t afford the entrance fee. When internet domain names were first assigned to countries, Tuvalu received the sought-after abbreviation of .tv. In 2000, the country negotiated a 12-year $50m lease of its domain, and again in 2012. It used the profits to install electricity on outer islands, create scholarships and join the UN.
– Source: New York Times

14. Tuvalu is the least visited country in the world. It only receives around 2,000 tourists a year.
– Source: Lonely Planet, UN World Tourism Organization (UNWTO)

15. There are no ATMs (cash machines) in Tuvalu and credit/debit card payments are also not accepted. Visitors must take sufficient cash (Australian dollars) with them for the duration of their trip.
– Source: Foreign and Commonwealth Office (UK Government)

16. Tuvalu is one of just 22 countries not to have an army.
– Source: The Atlantic

17. With a mean elevation of just two meters, Tuvalu has one of the world’s lowest average elevations.
– Source: CIA World Fact Book, The Telegraph

18. At its narrowest point, the island of Fongafale measures just 20m across.
– Source: The Guardian

19. As such, this low-lying country is under threat from rising sea levels caused by climate change. Two of Tuvalu’s islands are on the verge of being swallowed by sea-rise and coastal erosion.
– Source: The Guardian

20. During the Second World War, Tuvalu played a key role in the liberation of Pacific islands occupied by Japan. Many US missions were launched from Tuvalu. Funafuti was also attacked during Japanese airstrikes in 1943.
– Source: Lonely Planet

21. After the war concluded in 1945, the Funafuti airfield became Funafuti International Airport and is still used today.
– Source: Lonely Planet

22. Tuvalu, like many Pacific nations, has one of the fattest populations in the world. In 2017, a report ranked Tuvalu as the world’s 5th most obese nation with 81% of its population over 18 years old classified as obese.
– Source: World Health Organisation

Every effort has been made to verify these facts about Tuvalu. However, if you find an error or have any questions, please contact us. 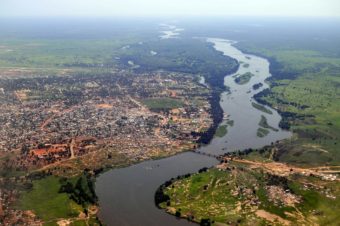 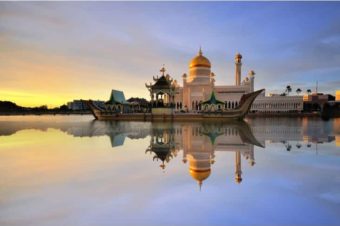