The most interesting facts about Uzbekistan, from one of the planet’s worst environmental disasters to the crossroad of the world’s cultures.

3. The country was at the heart of the historic Silk Road, the ancient trading route or “superhighway” that connected China with Europe and the Middle East.
– Source: Lonely Planet

4. Uzbekistan was occupied by Alexander the Great when he captured Samarkand in 329 BCE.
– Source: Britannica

5. The historic city and UNESCO World Heritage Site of Samarkand is known as a crossroad and melting pot of the world’s cultures, with a history of over 2,500 years going back to 1500 BC. It’s most famous site is the Registan Mosque: a central square flanked by ornately tiled, mosaic-clad madrassas (historic Islamic schools).
– Source: UNESCO

7. During the 7th and 8th centuries, Arabs conquered Uzbekistan and converted its population to Islam.
– Source: BBC News

8. During the 13th and 14th centuries, Uzbekistan was conquered by Genghis Khan and was incorporated into the Mongol empire.
– Source: BBC News

9. Uzbekistan was ruled by Russia for nearly 200 years, as part of the Russian Empire, and then the Soviet Union, before gaining independence in 1991.
– Source: BBC News

10. During its time as a republic of the USSR from 1924 to 1991, it was known as the Uzbek Soviet Socialist Republic.
– Source: Encyclopedia.com

11. Uzbekistan is a combination of the Turkic words “uz” (self) and “bek” (master) and the Persian suffix “-stan” (country). This essentially translates as the “Land of the Free”.
– Source: CIA World Fact Book

12. Uzbekistan’s flag is striped blue, white and green with red narrow margins between the stripes. Blue represents water; white is for peace and purity; green is for nature, fertility, and new life; red represents the life force essential to all humans. In the upper corner is a white crescent moon signifying the rebirth of an independent republic and 12 white stars for the months of the year.
– Source: Britannica

13. Authoritarian President Islam Karimov ruled the country from 1989 until his death in 2016.
– Source: New York Times

14. In 1966, the capital city of Tashkent was flattened by a 7.5 magnitude earthquake leaving hundreds of thousands of people homeless.
– Source: Reuters

15. Every year, around one million students, doctors and government employees are forced to work in Uzbekistan’s cotton fields to pick cotton for the government.
– Source: The Economist

16. Cotton in Uzbekistan is known as “white gold”. Cotton accounts for around 7% of the country’s exports.
– Source: The Economist, OEC

17. The Aral Sea, located on the border of Uzbekistan, Kazakhstan and Turkmenistan, was once the world’s fourth-largest lake. Since the construction of a Soviet irrigation project in the 1960s, the lake has almost disappeared. It has been described as ‘one of the planet’s worst environmental disasters’.
– Source: NASA, United Nations

19. Uzbekistan has the world’s 10th largest mine reserves of gold and is the world’s 12th largest gold producer. Gold accounts for around 44% of the country’s exports.
– Source: World Gold Council, Statista, OEC

20. In Uzbekistan, at the end of a shared meal, it is common etiquette to run your hands over your face in the amin gesture to signify thanks.
– Source: Lonely Planet

21. There is a formal etiquette for pouring tea in Uzbekistan. First, it is custom to rinse out your piala (a small tea bowl) with a drop of hot tea, then return a bowlful to the pot three times before the tea is finally considered fit to drink.
– Source: Lonely Planet

23. Uzbekistan is the most populated country in Central Asia.
– Source: World Bank

24. The national dish of Uzbekistan is plov, a Central Asian pilaf consisting of rice and fried vegetables generally eaten for lunch.
– Source: The Guardian

Every effort has been made to verify these facts about Uzbekistan. However, if you do find an error or have any questions, please contact us. 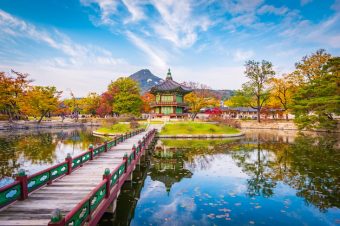 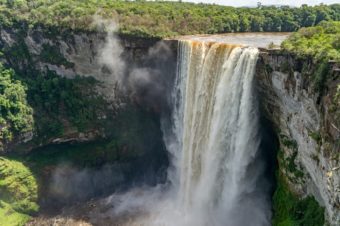